We're specialists in all things PEO as well as business insurance to include workers’ compensation, employment practices liability and other liability lines. Please contact us today for more information!

Premium decreases in California workers’ compensation may have escalated in 2019, a new report shows.

The Workers’ Compensation Insurance Rating Bureau of California on Wednesday released its quarterly experience report, an update on California statewide insurer experience valued as of Sept. 30.

The report shows decreases in written premium since 2016 are primarily driven by decreases in insurer charged rates more than offsetting increases in employer payroll.

Highlights of the WCIRB report include:

The full report is available in the research section of the WCIRB website.

Since 1982 Compline has proven to be a reliable, responsible and reasonable resource in California.  Their ongoing responsiveness to legislative changes in the state speaks to their continuing value.  Libertate is a proud subscriber to Compline.  We access and utilize their portal for a number of great resources, such as Modwatch, Lead Generation, Pure Premium Behavior Metrics, Strategic Rate Comparisons, Carrier XMOD Comparisons , Carrier Territory Rate Mapper and much more.

We will continue to keep our eye on the changes occurring in this state and are committed to keep you informed.

If you feel your PEO could benefit from an analytical analysis, in CA or elsewhere, please don’t hesitate to reach me at 321-436-8214.

Just released, NCCI has made their rate filing recommendation to the State of Florida.

The proposed average rate level change is a decrease of 5.4%.

NAPEO’s annual Risk Management Conference is right around the corner! It’s a must see conference for those interested in risk management and other related areas of focus. Click here to access the agenda. Below are presentation topics:

Libertate is proud to be a sponsor of this wonderful conference. We hope to see you there. If attending, we would love to buy you a drink and talk about insurance, data and the PEO industry!

See below from Business Insurance. Once again, comp was the only major commercial sector to see premium price relief in 2018.

Insurance premium renewal rates in the fourth quarter rose across nearly all major commercial lines compared with the previous quarter, except in workers compensation, according to the 2018 Ivans Index.

In the business owner policy sector, the fourth-quarter premium renewal rate change averaged 4.23%, which was 0.8% greater than in the third quarter. According to Ivans, BOP experienced the most variability in average premium renewal rates between 2017 and 2018.

It’s official…effective January 1st, workers’ compensation rates in Florida will decrease by -13.8%.  We will share the new rates as soon as we get our hands on them.

This applies to both new and renewing workers comp policies effective in the state as of Jan. 1, according to a statement issued on Friday by the Office of Insurance Regulation.

The final rate reduction is slightly larger than the 13.4% decline submitted by the National Council on Compensation Insurance in August.

NCCI is recommending a sizable rate decrease for Tennessee at -19%.  If approved, the decrease will be effective 3/1/19.  See more information below from Insurance Journal.

The filing, made towards the end of August, is based on premium and loss experience for policy years 2015 and 2016, according to a filing executive summary released by NCCI. If approved the rates would go into effect March 1, 2019.

The proposed changes in voluntary loss cost level by industry group are as follows:

If approved, the rate decrease would be the eighth consecutive reduction in workers’ compensation rates. Last year, NCCI filed for a rate reduction of 12.6 percent and a 12.8 percent reduction was approved in 2016. Insurance carriers combine NCCI’s loss cost filings with company experience and expenses to develop insurance rates. In 2017, the Tennessee Department of Commerce & Insurance noted that since Tennessee introduced significant changes to its workers’ compensation system in 2014, NCCI filings have totaled loss cost reductions of more than 36 percent.

The workers’ compensation reforms that took effect in 2014 included the creation of a new administrative court system to handle workers’ compensation claims – moving the state’s claims process from a tort system to an administrative one. The reforms also established medical treatment guidelines and provided a clearer standard in determining to what degree an injured worker’s medical condition may have contributed to the cause of an on-the-job injury.

In June, a study by the Workers Compensation Research Institute (WCRI) attributed a drop in the average total cost per workers’ compensation claim of 6 percent in 2015 in part to the state’s workers’ comp system reforms.

“Most of the 6 percent decrease in the average total cost per workers’ compensation claim in Tennessee was from a 24 percent decrease in permanent partial disability (PPD) benefits. Total costs per claim incorporate payments for medical treatments, indemnity benefits, and expenses to manage claims,” said Ramona Tanabe, WCRI’s executive vice president and counsel, said in a statement at the time.

The WCRI study, which compared Tennessee workers’ compensation systems in 17 other states, also noted that worker attorney involvement has decreased in recent years and that time to first indemnity payment within 21 days of injury in Tennessee was similar to the other study states during 2016/2017. The study used claims data with injuries dating back to Oct. 1, 2014, and payments made through March 31, 2017.

Insurer trade group the Property Casualty Insurers Association also noted the impact the 2013 reforms have made in the state.

A spokesperson for TDCI said in an e-mail to Insurance Journal that it would be premature for the department to comment on the potential for a rate reduction given that the figures are preliminary and still need to be examined by actuaries. Commissioner Julie Mix McPeak has 90 days from the filing date to make a decision on the filing.

For the third year in a row, rtes will drop in New York this year.  This adjustment was recently approved and will take effect on 10.1.18.  More from our friends at the Insurance Journal…

The New York Department of Financial Services has approved an overall loss-cost rate decrease of 11.7%, the third straight year that the department has fully endorsed a recommended rate cut. 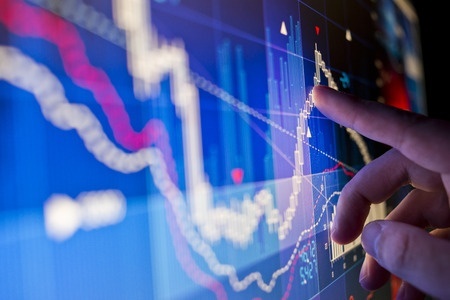 The New York Compensation Insurance Rating Board recommended the latest reduction in May, and the DFS approved it last week. It takes effect Oct. 1.

The recommended change, following a 4.5% reduction a year ago, was based on the latest statistical data reported by the rating board’s member carriers and reflects the application of generally accepted actuarial principles and methodologies, the board said in May.

Insurance and employer groups have said the reductions are largely the result of legislation over the last two years that was designed to cut benefits expenses for employers. Workers’ advocates said the cuts are due more to the fact that the number of claims have dropped significantly nationwide, more workers are considered independent contractors, and workers may have difficulties navigating New York’s complex comp system.

The 11.7% reduction also comes a month after the state Board of Workers’ Compensation announced a plan to raise medical fees for the first time in years — as much as 23% for physicians. Without that, the recommended rate reduction would have been even greater, the rate filing memorandum suggested.

Loss-of-use impairment guidelines, passed by the 2017 Legislature, accounted for almost a third of the proposed rate reduction, the filing said. Under previous guidelines, some injuries could be “stacked” to provide higher impairment ratings.